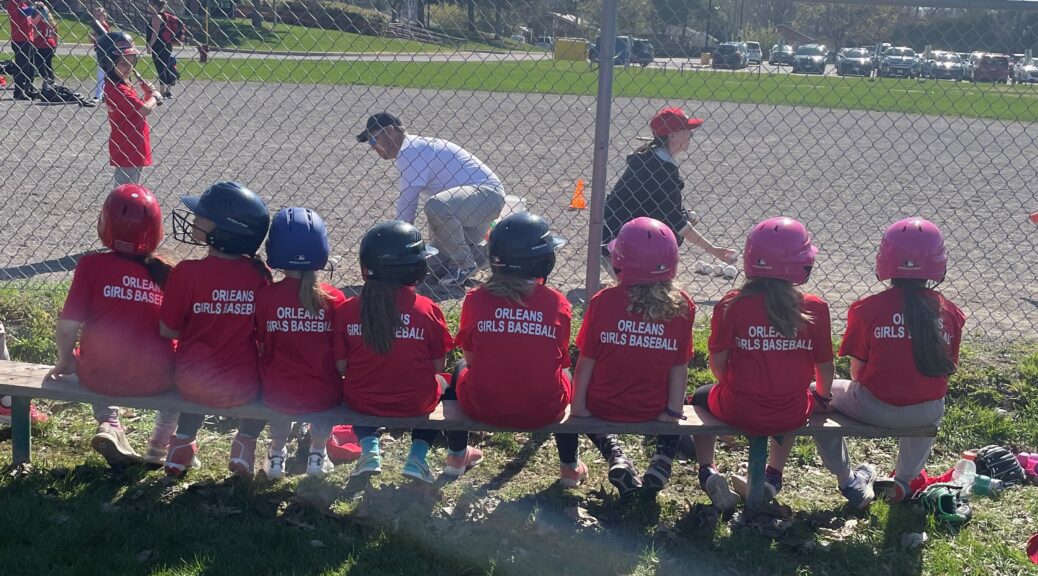 Orleans Little League is committed to continually growing our baseball community with the goal of having more of our children learning and playing the game of baseball.  This year, Orleans Little League launched its inaugural season of participating in the Ottawa All-Girls Baseball program.  The Orleans All-Girls Rookie (Coach Pitch) team will be playing against other All-Girls Rookie teams from across the city which include Kanata, East Nepean, Ottawa West and South Ottawa.  This program is offered to players that identify as girls, in the hopes of developing skills and making friends in an environment of inclusivity  The program was kicked off on Sunday, May 8th during the afternoon when Ottawa West Little League hosted the entire Ottawa All-Girls program where the girls participated in various drills and had a visit with Cappy, the Ottawa Titans Mascot.

Stay tuned for more information on Orleans Little League’s offerings for next year.

'Home of the Red Sox'

1st weekend for Orléans Minor All Stars at Pete Loyen tournament at Ottawa West. Great weekend for ball. Fun had by all. The boys took the consolation finals 14-9 over South Ottawa. Huge strides towards a great summer of ball. #baseballisback #ollb

OLLB and the mayor make an appearance!!